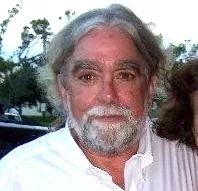 Over 35 years of diversified powerboat responsibilities both inshore and offshore including inter-coastal waters and inland waterways in locations such as the Caribbean, South and Central America(s), Pacific Northwest and the Atlantic Ocean.

Everything that has to do with boats or fishing has always been an important aspect of my life and I have been fortunate to have shared that with hundreds of people over the years. I pride myself in going the extra mile for all of my employers and clients and my references reflect that.

Briefly ran/mated on  Billy Joel’s boat “Alexa Ray” a 46 foot Jarvis Newman from Montauk. Billy is a hand’s-on owner, and very knowledgable about boats and running them. However, I did manage to catch him his first tuna fish ever. In fact that night we had 15 Yellowfin, an 80 pound swordfish that we released and caught the same blue shark twice, finally shooting it to stop it from robbing our baits. Also almost lost a finger when it was caught in a spooling reel that a 55 pound Albacore was running away with on that trip too, and no I didn’t nor would I sue Billy. He’s a good guy.